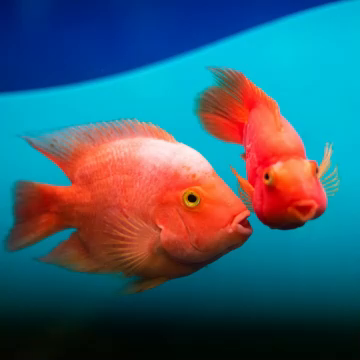 A new study from @cornelluniversity has found that fish can not only speak but also that it’s quite common. Scientists have long wondered if fish are able to communicate with sound and studies as recent as 2018 estimated that only 20% of fish can. But this recent study shows that ray-finned fish (which account for 99% of known fish today) have been speaking for millions of years. By backtracking the convergent evolution of ray-finned species, they found that the ability to speak evolved with these fish 33 times, meaning it’s an important skill for them.

BRISBANE Could Soon Be Home To The “WORLD’S GREENEST RESIDENTIAL BUILDING!”

The UN Has Demanded That AUSTRALIA Phases Out Coal By 2030!

The FIRST COLOUR AERIAL PHOTOS Of Mars Are Here!

Our Animal Of The Week Is The AUSSIE DINGO

♻️ BANANA PEELS Might Be The New Plastic and Leather ♻️

‍ ALDI Is Selling WORM FARMS And Your GARDEN Is Already Thanking You! ‍

We NEED To Save The “SCROTUM FROG”!

FIREWORKS Have More IMPACT On The Environment Than You Might Think!

♻ IKEA Plan To Phase Out PLASTIC PACKAGING Completely By 2028! ♻

NASA Has Just Shared Incredible NEW PHOTOS Of JUPITER That Will Take Your Breath Away!

Our Animal Of The Week Is The AUSSIE DINGO

GOOGLE Now Uses RECYCLED MATERIALS In All Its Products!

The Largest WILDLIFE LAND BRIDGE In The US Has Been Built!